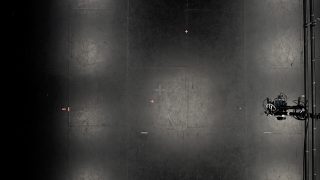 The event unveils the inaugural billboard commission from Studio for Propositional Cinema, who will use public sites from OHOS to Crown Street and Jackson’s Corner in Reading to present hypothetical laws which determine the legal conditions taken from the dissembled opera project ‘Redundant as eyelids in absence of light’. Various elements from the libretto, set in a society in which all forms of language and interpersonal communication have been mitigated or eliminated, will be presented in various forms over the course of the project.

Composed in blank verse but filtered through the jargon of the archive, the screenplay, the legal system and the political speech, the libretto is the staged in various forms, such as publication, exhibition, and concert. For Reading, the text takes the form of six rules that will change periodically across public billboard sites from OHOS to Crown Street and Jackson’s Corner, Reading. Each text represents an attempt by the protagonists to relearn various communication tools such as image, sound, movement, textile, writing, and broadcasting, yearning for connections in a world where expressive and dialogic forms have been suppressed to the brink of being forgotten.

The launch of ‘A reproduction of three weeks in May 1970’ will also include a display of printed matter from past issues of NOVEL and a video programme featuring films from a.o. Peggy Ahwesh, BS Johnson and Luiz Roque.

In May 1970 artist Rita Donagh and a group of students occupied a studio at the University of Reading. Staging events, performances and collective actions they wrote and discussed circumstances within and beyond the confines of the university. Didactic conventions and context were replaced in an attempt to diagram a charged collective knowledge. Activated against a backdrop of student protest, in particular the Kent State massacre, the group sounded political images, registered distance and invested in a politics of time, place and bodies. Donagh’s own response, the painting  ‘Reflection on Three Weeks in May 1970′ uses a social-political cartography to plot distinct events, between image and experience.

This historical scenario acts as a catalyst for the year-long publishing and curatorial project. A reproduction of three weeks in May 1970 will present a programme of interdisciplinary projects, commissions and events – with contributions from Patricia L Boyd, Helen Cammock, Renée Green, Studio for Propositional Cinema, and Steven Warwick.

NOVEL is an itinerant curatorial and publishing platform devised by Alun Rowlands and Matt Williams that draws together artists writing, texts and poetry that oscillate between modes of fiction and criticism. A cacophony of voices, that is the primary condition of writing, seek to break the habitual methods of representation and productions of subjectivity.