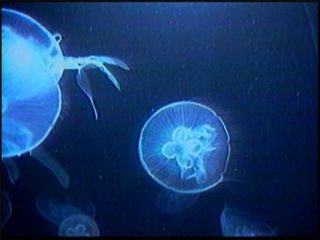 Partially Buried explores a web of genealogical traces. In this work the artist probes the notion of sites of memory as well as site-specific work by focusing on the location of Kent, Ohio. Partially Buried references the year 1970 during which the artist Robert Smithson produced his site-specific work, Partially Buried Woodshed at Kent State University. By chance the mother of the child in the video was present also in Kent State in May of that year, studying experimental music. In May of 1970, four students were shot while attending a rally protesting the U.S. invasion of Cambodia. “May 4, 1970” was painted on the Partially Buried Woodshed shortly afterward and the artwork took on another meaning.

After having lived and worked away from the country in which she was born for many years, Green asks in her film the questions: “How does one return? To a country, to a place of birth? To a location which reeks of remembered sensations? Is it possible to trace how they are triggered and why they are accompanied with as much dread as anticipation?”

She also focuses on a time during which she was a child: 1970, in particular, and more generally the 1970s, as perceived from the vantage point of 1996. How do we reinterpret the past? What do we choose to remember or discard? What is inescapable?

Renée Green is an artist, writer, and filmmaker known for her highly layered and formally complex multimedia installations in which ideas, perception, and experience are examined from myriad perspectives.

Via films, essays and writings, installations, digital media, architecture, sound-related works, film series and events, her work engages with explorations into circuits of relation and exchange over time, the gaps and shifts in what survives in public and private memories, as well as what has been imagined and invented.

Her exhibitions, videos and films have been seen throughout the world in museums and art institutions, biennials and festivals. A selection of these would include the Museum of Modern Art, New York; Centre Georges Pompidou, Paris; Whitney Museum of American Art, New York; National Maritime Museum, Greenwich, UK; Museum of Contemporary Art, Los Angeles; Museum Ludwig, Cologne; Fundació Antoni Tàpies, Barcelona; Vienna Secession; as well as in Documenta, the Whitney Biennial, and the Venice Biennale.

Ongoing Becomings, a retrospective exhibition of 20 years of her work, was organized in 2009 by the Musée Cantonal des Beaux-Arts, Lausanne. In 2010 the Yerba Buena Center for the Arts, San Francisco, organized Endless Dreams and Time-Based Streams, a survey exhibition highlighting her time-based work. In addition, her filmic work has been featured in the International Short Film Festival Oberhausen, in Arsenal, Institut für Film und Videokunst, Berlin, and in the Cinemateca Portuguesa, Museu do Cinema, Lisbon. In 2008 La rêve de l’artiste et du spectateur, a retrospective of Green’s films, took place at the Jeu de Paume, in Paris.

A prolific writer, a selection of Green’s scripts has been collected in her books Other Planes of There: Selected Writings (Duke University Press, 2014), Endless Dreams and Time-Based Streams (Yerba Buena Center for the Arts, 2010), and Shadows and Signals (Fundació Antoni Tàpies, 2000).