An expert panel discussion featuring Professor Barrie Bullen (Reading/Oxford), Dr Stefano Evangelista (Oxford) and Dr Charlotte Ribeyrol (Sorbonne/Oxford) on the art and criticism of Oscar Wilde and his contemporaries, the rivalry of the verbal and the visual, the changing colours of nineteenth-century art and literature and the transnational social and cultural dimensions of Victorian aestheticism. The event is chaired by Dr Katherine Harloe, Associate Professor in Classics and Intellectual History from the University of Reading. 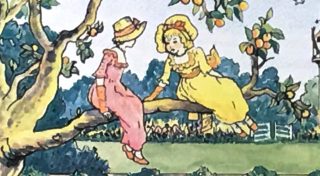 Professor J.B. Bullen is Professor Emeritus at the University of Reading and Visiting Fellow, Kellogg College, Oxford. He has a long-standing interest in interdisciplinary studies from the late eighteenth to the early twentieth centuries with particular focus on the relationship between word and image. His books include Rossetti: Painter and Poet (London 2011), The Pre-Raphaelite Body: Fear and Desire in Painting, Poetry and Criticism (Oxford 1998), and The Myth of the Renaissance in Nineteenth-Century Writing (Oxford 1994).

Dr Charlotte Ribeyrol is Associate Professor at the Sorbonne University in Paris, a Member of the Institut Universitaire de France, and Marie Curie-Slodowska Visiting Research Fellow at Trinity College, Oxford. Her main field of research is the influence of Ancient Greece on Victorian painting and literature. She is the author of « Étrangeté, passion, couleur », L’hellénisme de Swinburne, Pater et Symonds (1865-1880) (Grenoble 2013), and editor of several collections of essays, including The Colours of the Past in Victorian England (Oxford 2016); Antique bodies in Nineteenth Century British Literature and Culture (with C. Bertonèche) Miranda, n°11, 2015; Late Victorian Paganism (with C. Murray) Cahiers Victoriens et Edouardiens, 2015; and Inventer la peinture grecque antique (with S. Alexandre and N. Philippe) (Lyon: ENS-Éditions, 2012).