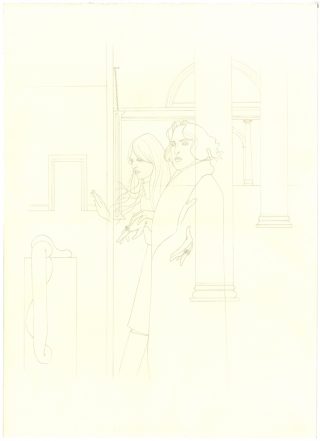 ‘The best account of a picture may be a sonnet or an elegy, or another picture’ – Charles Baudelaire

It has been evident for quite some time that contemporary art is being high-jacked by those wishing to promote it as urgently ‘useful’: by worthy careerists, bureaucrats, mediocre narcissists, dullards and the doctrinaire, those who move towards the reductio ad absurdium of practice. In contrast, we advocate a different approach that believes we should RELAX and shift towards that creative space of the useless, the unemployable, and precocious stylistic finesse, one that’s both perverse and criminal in criticism and curating. Oscar Wilde’s theories of aesthetics and art criticism remain key to this position, and above all, promote a radical and joyous balance between seriousness, ironic play, provocation, poetry and paradox. ‘The Critic As Artist’ after Wilde’s celebrated essay of 1891, subtitled ‘with some remarks upon the importance of doing nothing’, champions indolence as necessary to artistic cultivation, and pose, repose and contemplation as elevated modes of existence, in the lineage of what Kierkegaard previously defined as the ‘glittering inactivity’ of the Aesthetic state, a serious play in the spirit of Wilde’s own the ‘new Hellenism’ of artistic ideas.

Therefore, the Critic as Artist (TCAA) advocates that: